There are a lot of things in this world that are really considered fictional or not real. One of those is magic. Well, sure there are some people who believe that magic and witches are true but they’re only a very, very small percent of the population. Perhaps they’re not even part of the 1% of the population. Majority of the global population are still inclined to believe that magic isn’t real. So if someone approaches you and tells you that ‘Hey you want a magic spell?’ you’ll probably laugh and not believe them. However, these things are indeed very true. They’re probably far from the kind of magic spell that you have in mind, but they do exist.

Whenever someone says magic, the first things people would often think of are ‘Harry Potter’, ‘Witches’, ‘Fairytale’, and ‘Bad, among others. There are only two things that apply to the real world in there: witches and bad. Witches are indeed real and they exist in some cultures. They may not be called witches too but the concept of them is the same. However, magic isn’t entirely bad. Magic isn’t and shouldn’t be connected to the word evil either. There are different ways on how magic is incorporated in real life. 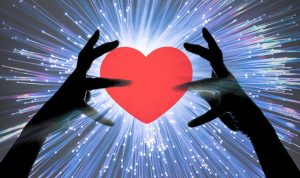 Some of the ways that magic can be used positively are through magic spell bags and magic spells aimed for healing. There are a lot of other items connected to magic that are being used in order to create good luck or good energy. If you’re familiar with Chinese culture, it sounds similar right? This kind of magic is similar to that in a way that is uses charms to direct good luck and use energy to give something good to a person.

Magic items you don’t know about